How do you pronounce "Jirav"? 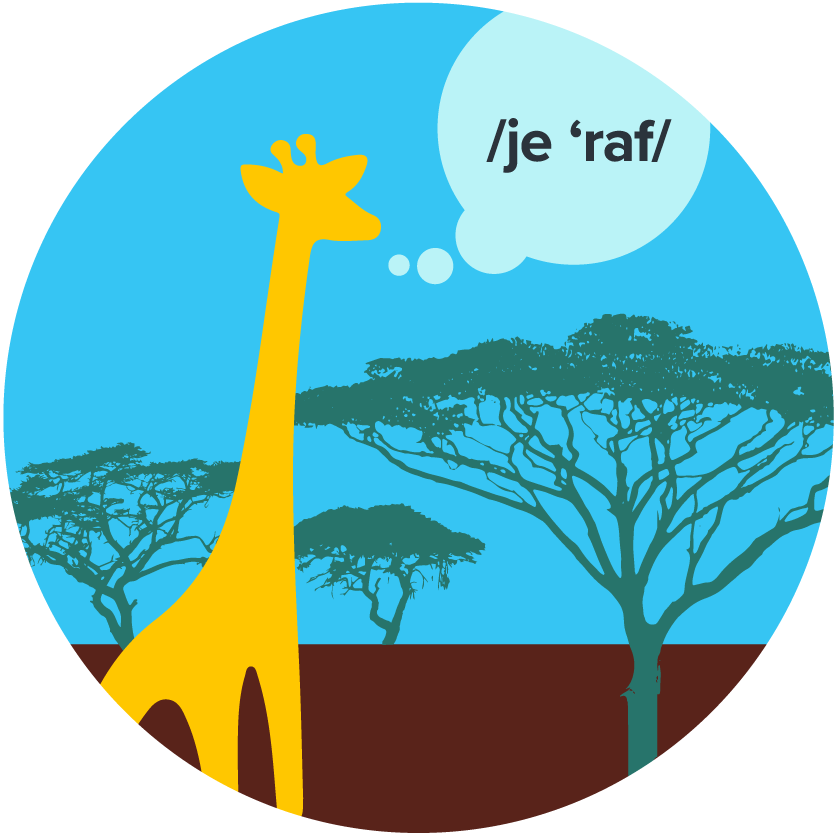 We get a lot of questions about the name of our company, Jirav. What does it mean?

If you take a look at our logo and company name it is easy to see that it has something to do with a giraffe. But is that how you pronounce “Jirav”? And why a giraffe?

Let’s settle these questions once and for all.

But First, We’re Not the Only Company with a Strange Name

It’s not unusual for companies these days to have a bit of fun with their names. Misspelled business names are quite the trend. Some you know and some you’ve probably never heard of. Some have become so enmeshed in our lives that we don’t think of their names as being unusual anymore.

Google: Tech/software/advertising giant, Google, is based on the real-world mathematical term, “googol”. The word was coined by a man, named Milton Sirotta. Googol is 1 followed by 100 zeros, which is probably what Google will end up being worth.


Xero: This business software company chose a name to play on the word “zero”. A more interesting story is how Xero, the company, bought their domain name from a band. It turns out Linkin Park used to be called Xero!


Canon: The popular camera company was influenced by Buddhist culture and decided to name its first ever 35mm camera “Kwanon”. The company itself even took the name, although in a different form — Canon.


Publix: Publix is a grocery chain, mostly in southern states, which actually took its name from a failing theater chain that was started in the north.


Chick-fil-A: Chicken sandwiches are booming. The popularity is due in part to this chain. But the name was almost “Chick-Filet” until a last minute tweak to “fil-A” to highlight the “A” quality of the sandwich.


Qustodian: Sometimes, it’s about a cool and unique story. The UK based ad company considers themselves custodians of data and “qustodian” was the closest domain name available.


Compaq: Other company origins aren’t so clear. The Compaq name likely comes from one of the following; “computer + pack”, compatibility + quality or one of their first products.


Etsy: According to CNN, the founder of popular marketplace, Etsy, “wanted a nonsense word” to use for the company. Turns out “Etsy” is a phonetic spelling of a popular Italian phrase meaning “oh, yes” in English.


Virb: The sitebuilder is a play on the word “verb”. “Verbs” are used to describe action, which the intent of Virb was for their users to be those who took action.


Harpo: Harpo is the well-known production company started by the queen of daytime television, Oprah. The name is obviously “Oprah” spelled backwards, but lesser known is that “Harpo” was the on screen name of Oprah’s character’s husband in “The Color Purple”.

Bonus Resource: If you’re really interested in company name etymologies, check out the Wikipedia page on the subject. It’s alphabetical and totally scroll-worthy.

So, How do you pronounce “Jirav”?

We pronounce “Jirav” just like our correctly-spelled namesake and mascot, the noble giraffe.

Why the Jirav Giraffe?

There have been other companies to use the giraffe as a mascot (shoutout to Geoffrey). But at Jirav, we have embraced this particular mammal as more than a representative. When thinking about this African animal, the image that comes to mind for most is typically a single word — tall.

In fact, the definition above also says that giraffes are “the tallest living quadruped animal”.

Security: For giraffes, it’s the ability to spot predators. For Jirav users, it’s the ability to know if you are going off plan. With Jirav you can report on budget vs. actuals while trending financial KPIs, all without resorting to mucking around in spreadsheets. This allows you to keep your team on track with accurate data and a flexible budget.


Reach: Giraffes use their height to eat food that other animals can’t reach. Businesses use Jirav software for better financial plans, giving them a competitive advantage.


Perspective: The height of the Giraffe gives it the ability to see watering holes, safe places to sleep and potential threats. With the reporting available in Jirav, businesses can see farther and more clearly than ever.

Jirav users get these benefits and more. Plus with our flexible pricing, there’s a Jirav option to fit every budget.

The Truth is Out

Potato, potato. Jirav, giraffe. Hopefully now we’re on the same page. It may look different, but it’s pronounced the same. Or not! Either way you say it, we’re here to help you see the big picture in your business financials.


But don’t just take our word for it. Check out these customer stories a learn how Jirav has help others gain financial reach, security and perspective. 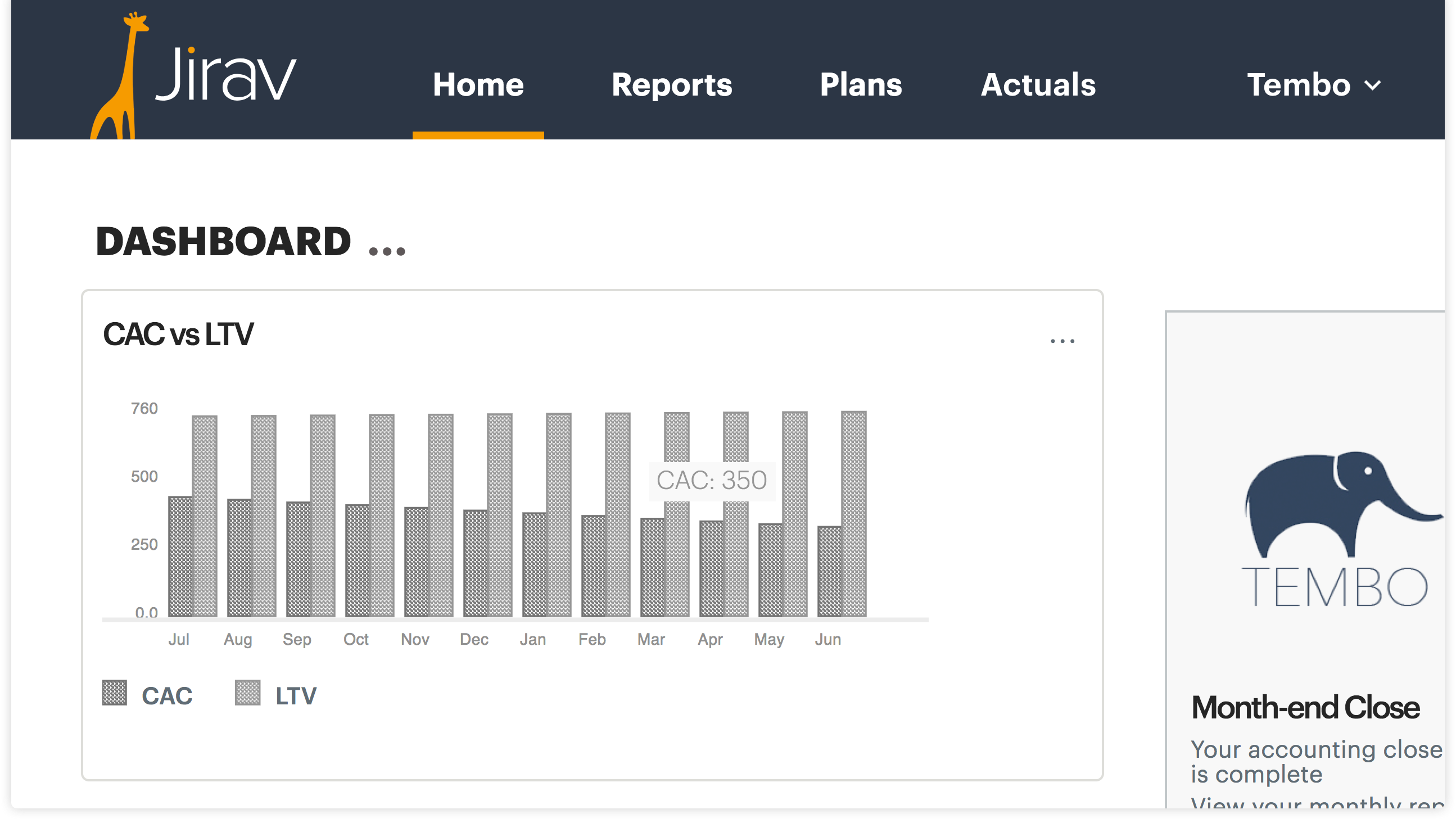 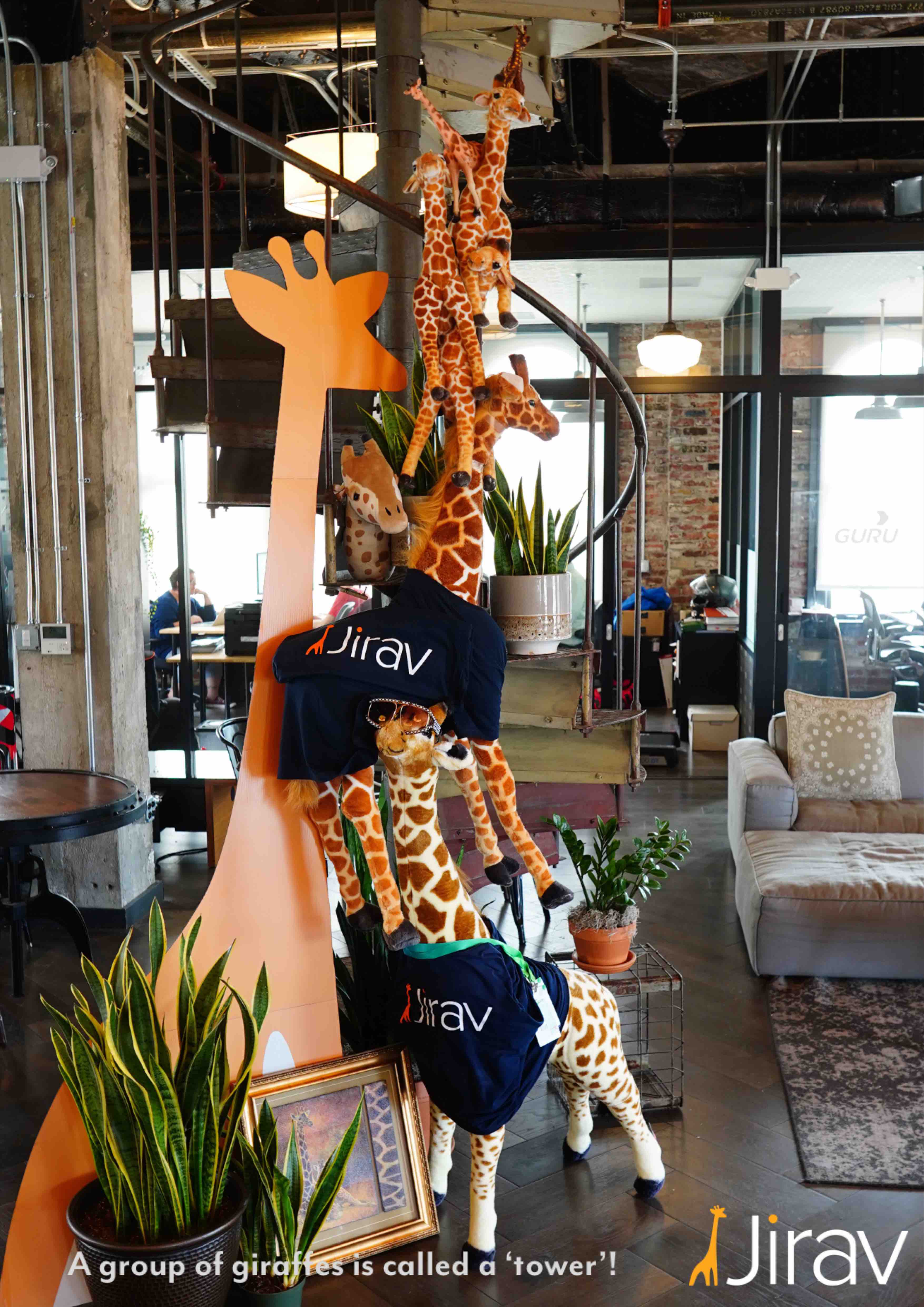 A group of giraffes is called a 'tower'! 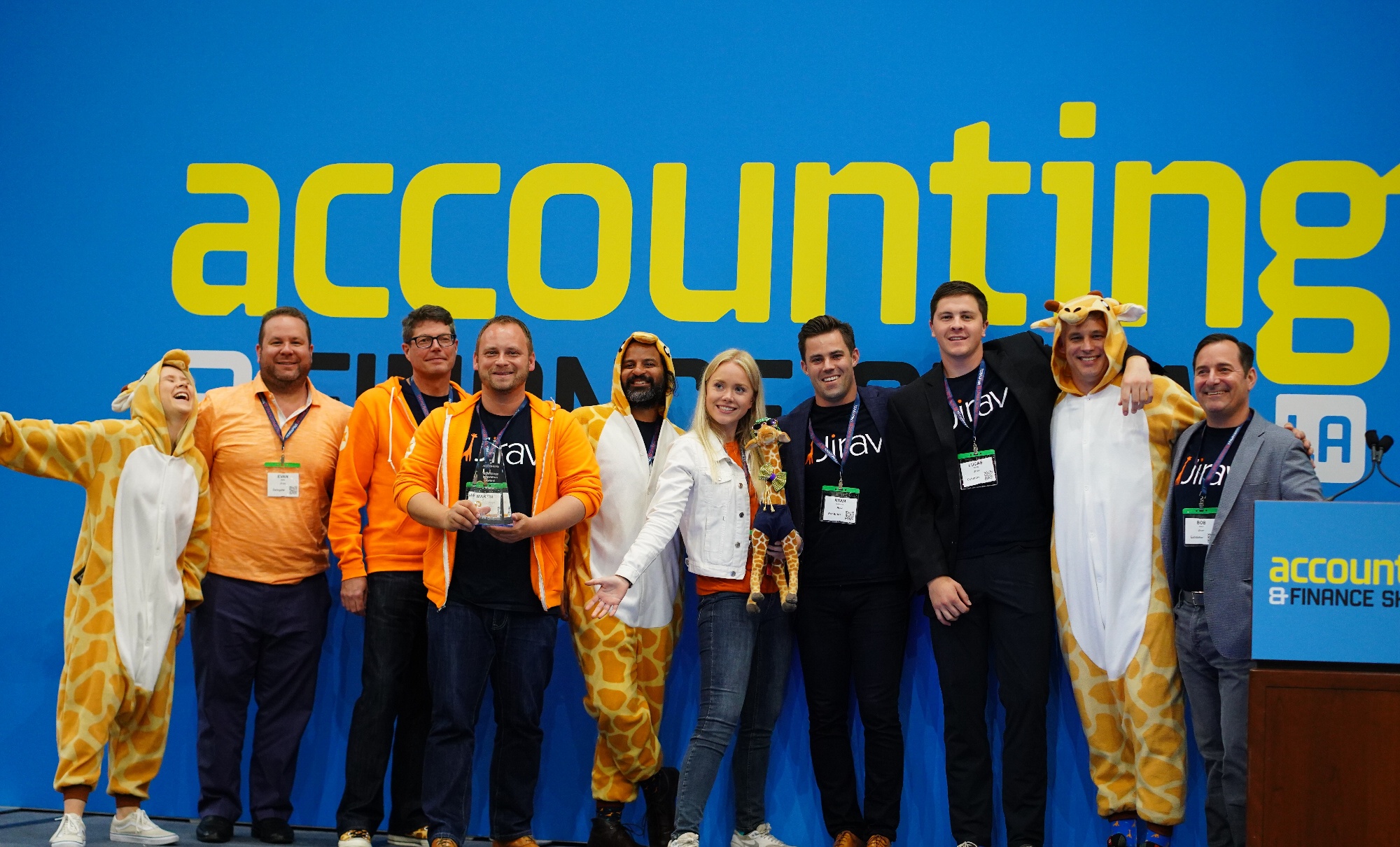 How to use custom date ranges to reflect your unique business 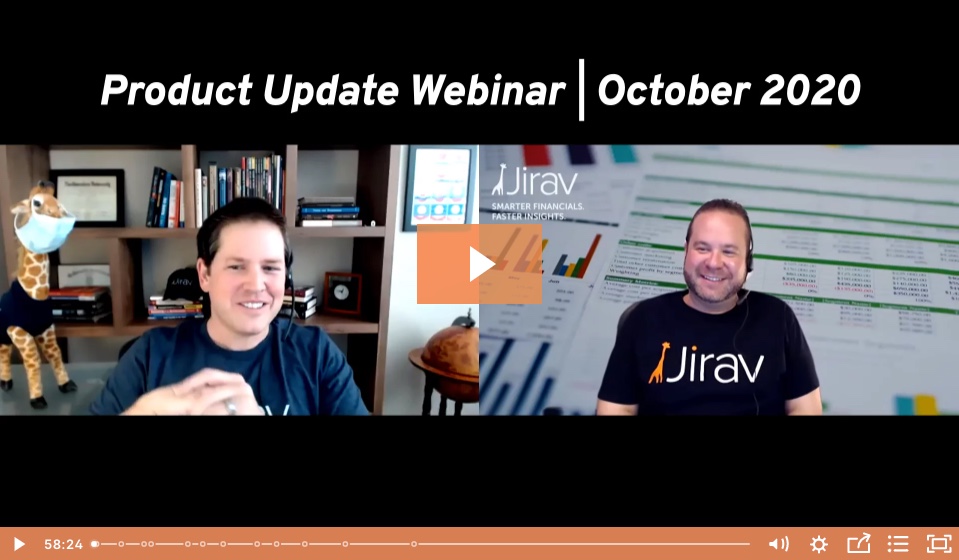 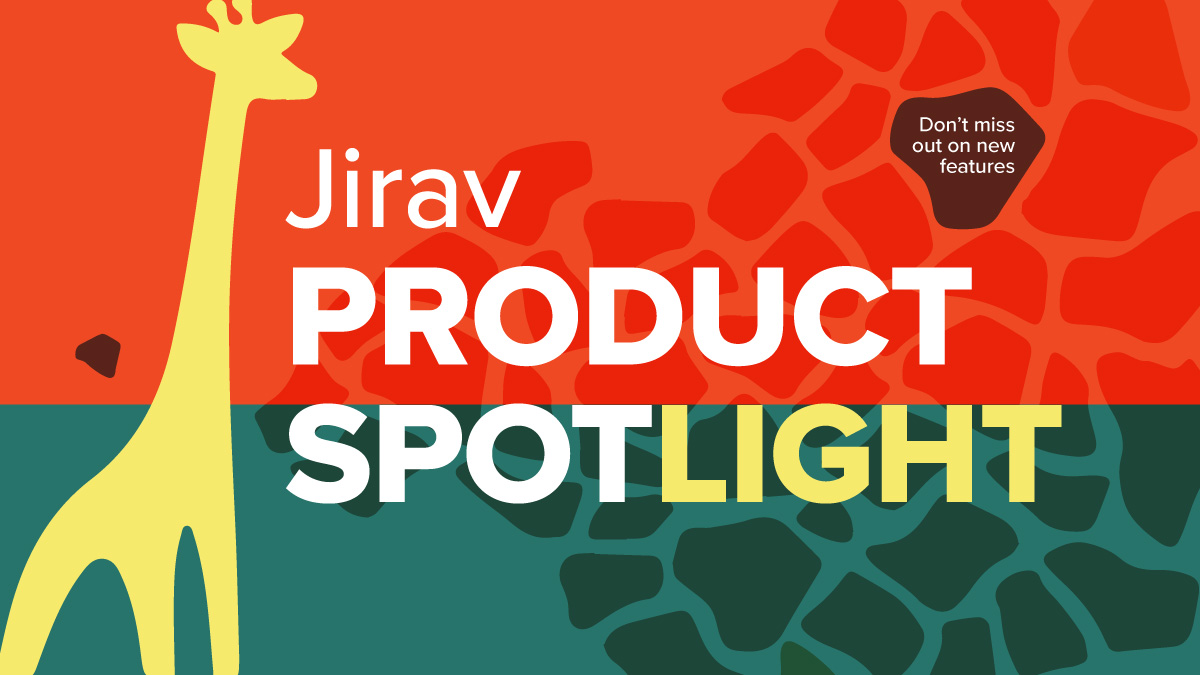 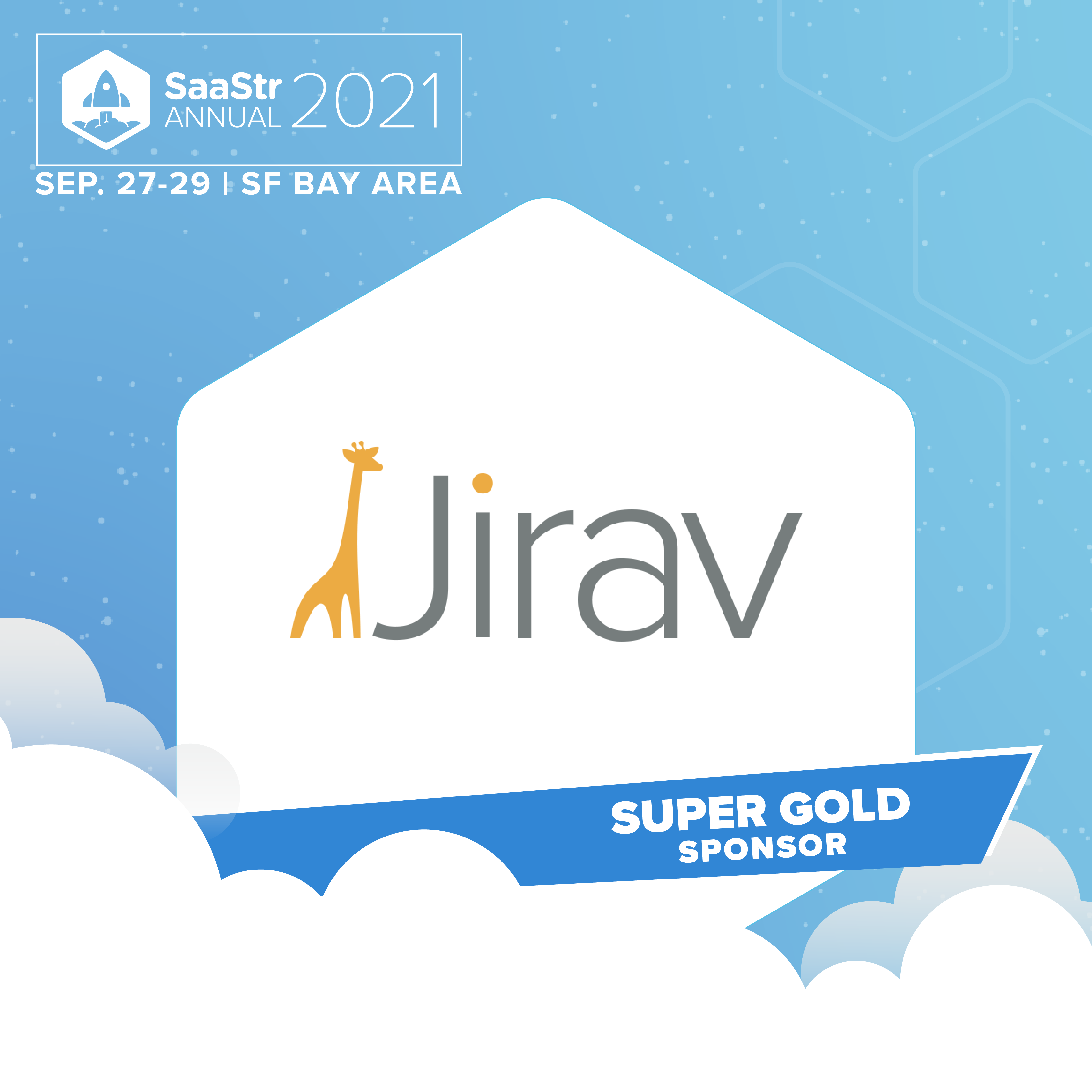 Jirav is headed to SaaStr Annual 2021! 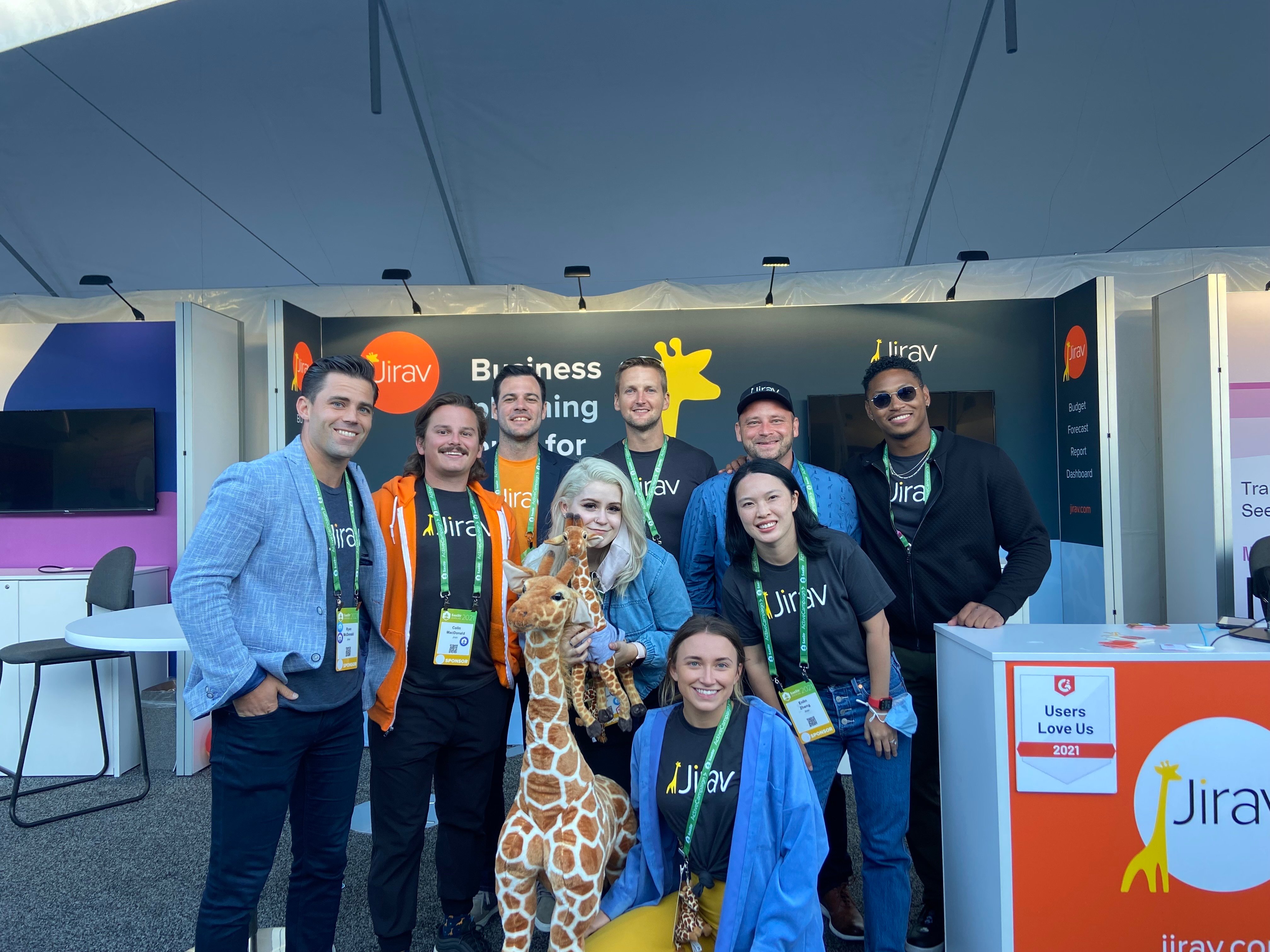